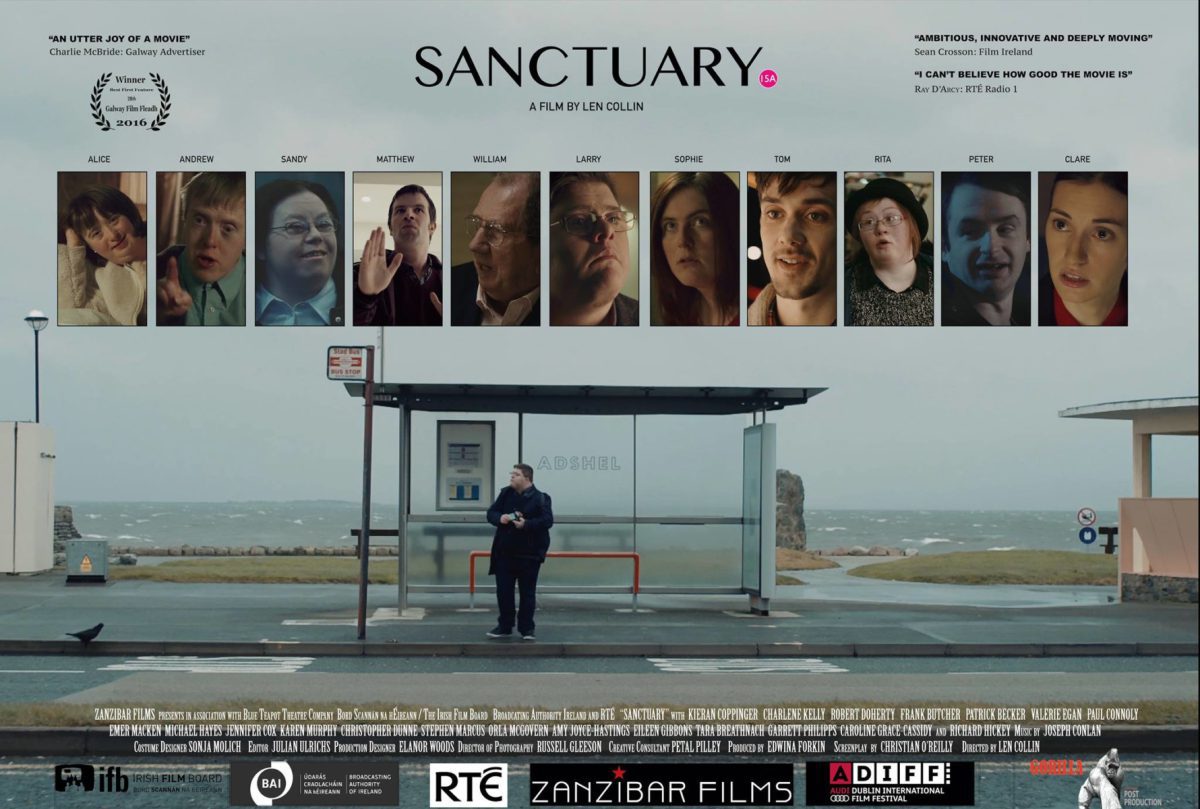 (Not to mention – Dublin and Chicago!)

Roll out the red carpets! The feature film version of Sanctuary will be screened in three separate Film Festivals in February and March starting with participation at the Audi Dublin International Film Festival at The Lighthouse Cinema on Saturday 18th February at 8.30pm. Blue Teapot will be in attendance on the night with director Len Collin, producer Edwina Forkin and writer Christian O’Reilly. This is being followed by a mini-tour during the festival, in association with access CINEMA:

To book any of the above screenings go to: